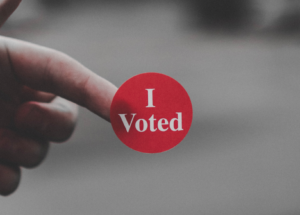 Now that South Dakota’s legislative session is almost over, we should turn our attention toward the upcoming elections. As Christians, it’s crucial that we show up and get involved in elections in order to love our neighbors and be good stewards of all that God has given us.

State and local elections have a significant impact on our lives. Your vote matters. School board elections, for example, determine what students learn in school. Most ballots also present measures that impact local laws. Everything from regulations for transportation or housing to abortion restrictions may appear on a ballot. Not only can these things drastically affect our daily lives, they can also have serious moral implications.

While it can be easy to feel as though our vote doesn’t matter, we must remember that it absolutely does, especially in local elections, which are decided by a much smaller number of votes.

Here in South Dakota, most legislative elections are decided by a few hundred votes. In the 2020 primary election, one conservative legislator lost his race by 95 votes. Another lost her race by only four votes. In one district, there was a recount and the race was decided by a matter of approximately 20 votes. Every single vote matters and makes a difference.

For Christians, voting is about more than just election results; it’s an act of stewardship. According to Romans 13, God created government to punish evil and reward good, and Paul describes government officials as “ministers of God.” As Americans, we have the authority to determine who will lead the government and exercise this God-given authority. Our job is to do everything we can to ensure that people who will lead and legislate according to God’s will are elected.

Further, as Christians, we are commanded to love our neighbors. Government decisions directly affect people’s lives. In order to care for the spiritual and temporal lives of our neighbors, we must engage in politics.

While it’s important to avoid conflating the responsibilities of the church with those of the state, we must apply biblical principles to our turbulent political landscape. Our involvement should be guided by prayer and the Word of God.

June 7th is the primary election and November 8th is the general election. It’s never too early to start researching and campaigning for candidates.

In the 2020 election, recreational marijuana passed with a vote of 54% in the general election. While the measure was later struck down for violating the single-subject rule, the outcome of this vote demonstrates how important it is that we show up to the polls.

In order to prevent harmful measures like this one from passing, Christians and conservatives need to make their voices heard!

Get involved. Pray, take action, and vote. It’s our duty!