California Democrats have just passed a radical bill that poses serious threats to parental rights and children’s safety- even in South Dakota. 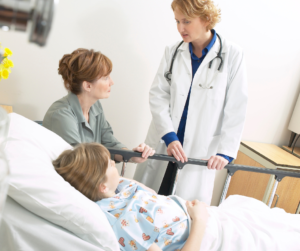 S.B. 107, also known as the Trans State of Refuge Bill, allows California courts to remove custody from parents who are opposed to their young children undergoing irreversible medical procedures, according to the National Review. It just passed both chambers of the state legislature and is now in the hands of the Gov. Gavin Newsom.

If Gov. Newsom signs S.B. 107, California courts will be given “temporary emergency jurisdiction” over any child who lives in or travels to California, allowing them to receive harmful interventions without parental consent. This severe government overreach violates federal law regarding jurisdiction over custody matters and the laws of the 49 other states which need to be respected according to the “full faith and credit” clause of the U.S. Constitution.

This bill was written in response to 19 states that passed laws calling for the investigation or prosecution of parents, guardians, and physicians who allow children to receive transgender care. SB 107 stipulates that parents with transgender children who travel to California cannot be punished for the abuse of their children in any way.

The Alliance Defending Freedom released a legal analysis of the bill explaining different harmful scenarios it could result in. For example, an unfit parent about to lose custody could travel to California with the child, give the child puberty blockers or cross-sex hormones, and in doing so win custody under S.B. 107, even if the home-state court has already entered judgment on the case.” Further, “Parents of children who never travel to California could be denied medical information about their child if the child obtains puberty blockers from a doctor in California via telemedicine.”

This is one of the most radical bills to come out of any state legislature, and it has implications for every state. S.B. 107 would allow South Dakota children to be taken by the state of California so that these minors can undergo bodily mutilation and sterilization before they’re old enough to understand the consequences of these actions. Further, any parent who opposes the lies being fed to their child will be met by forceful opposition made up by courts, police, and child-protective services.

Not only are legislators ignoring the basic rights of parents, but they are disregarding the clear evidence demonstrating the damage caused by gender “affirming” medical and surgical interventions on children.

The American College of Pediatricians’ found that 80 to 95 percent of children who suffer from gender dysphoria will eventually re-identify with their biological sex. Further, according to a recent study by the Heritage foundation, increased access to gender “affirming” care doesn’t improve mental health outcomes. It only increases a child’s risk for suicide.

Gender “transition” surgeries constitute child abuse – full stop. The gender “affirming” ideology mutilates healthy bodies, affirm dangerous lies, and leads to psychological derangement. It is undeniably abusive to allow vulnerable children to permanently damage their bodies – and we are seeing more detransitioners come out about how deeply they regret their previous “transitions.”

This bill declares a war on parents who simply want to protect their children, and we need to make it clear that this is intolerable. Bringing national attention to this bill and highlighting its extremism is our best hope at stopping it. Let’s urge Gov. Noem and state officials to call California out for its child abuse and blatant disrespect of parents.

No parent should ever face the unimaginable anger caused by the mutilation and abuse of their children, like many already have. Parents alone have the right to make medical decisions for their children, and it is far beyond the boundaries of California courts to take those deeply personal decisions into their own hands. Children belong to their parents and no one else – and certainly not the state of California.