Last week, the House of Representatives voted to pass the $1.85 trillion omnibus spending bill, sending the legislation to President Joe Biden’s desk for 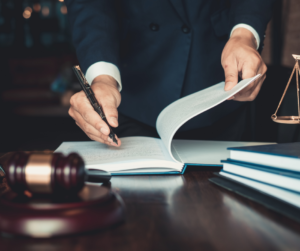 Heritage Foundation researchers are calling the bill a “vast collection of special-interest handouts and fuel for the fires of inflation and the woke, leftist establishment” and warning that it “will stifle our economy and accelerate the dissolution of the fabric of our civil society for many years to come.”

Critics note that HR 2617 contains 6,825 pages, which is twice as long as the Bible, and at least 4,000 partisan special interest projects. Lawmakers voted on it within four days, meaning they almost certainly didn’t read it in its entirety.

Among a long list of heinous proposals, the bill would allocate a staggering $575 million “for family planning/reproductive health, including in areas where population growth threatens biodiversity or endangered species.” This provision paints people as threats to plants and animals that the bill’s authors clearly view as more important than the American citizens – human lives – they represent.

Rep. Dan Bishop (R-NC) notes that this provision is rooted in the long-disproven idea that population growth will lead to mass starvation. Not only is this idea entirely false, it promotes a culture of death. “Incredibly, the omnibus gives a wink and a nod to curbing population growth not for the sake of people, but for the sake of plants and animals. Government spending decisions reflect not just priorities, but values. To say the bill’s crafters missed the mark is an understatement,” writes Richard Stern of the Daily Signal.

To make matters worse, an astounding $11 million will be spent on LGBT-themed special interest projects, including $1.2 million for “pride centers” and LGBT-related entities in New York, Pennsylvania, Ohio, and Wisconsin. Millions more dollars will be spent on highly controversial “diversity, equity, and inclusion” special interest projects. Even more funding will be given to leftist groups involved in immigration and self-defeating environmental credits. This is money that the federal government doesn’t have, and will come from your wallet.

Hard-working Americans are suffering from high inflation and economic instability while Congress is using their money to further a progressive, anti-Christian agenda. Moreover, this spending bill will not only fund radical partisan initiatives that many Americans oppose, but it also increases inflationary spending and the national debt.

“With this vote, these Republican senators have committed a stunning act of betrayal of their constituents and the American people,” said senior policy analyst for budget policy at The Heritage Foundation Richard Stern. “With less than two weeks until the new Congress, they have shamefully voted to deny the incoming conservative House majority the use of its power of the purse to rein in Biden and his cronies.”

“This omnibus will add to inflationary pressures, saddling the nation with at least another $20,000 per household in needless debt and will expand the power of the woke Left,” Stern continued.

Sadly, our own South Dakota Sens. Mike Rounds and John Thune joined their Democrat colleagues in voting for this disastrous and wasteful bill. The American people deserve better from our leaders.