Conservatives must conserve the family – even when “conservative” pundits disagree 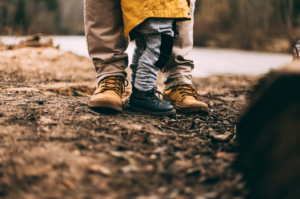 In recent years, the term “conservative” has become ambiguous in definition. It seems that many who call themselves conservatives don’t agree on fundamental principles. In order to effectively fight for our values, we have to know exactly where we stand on certain issues and what it means to truly be a conservative.

The conservative philosophy recognizes the value of the core principles established by our Founders in the Constitution. Our Founders ensured that slow change and prudence guided our republic, so that reason, years of wisdom, and a well-tempered resolve surmount our volatile passions. Changes and measures must be judged by their long-term consequences, not by short-term advantages or popularity.

As our Founders understood, there is an enduring, transcendent moral order. Objective Truth, not popular opinion or ideology, is our guide. This is the primary tenant of conservative thought. It is our duty to preserve this order on earth to the best of our ability.

We don’t get to pick and choose which biblical principles or aspects of God’s design we want to preserve. God’s design, in its entirety, is necessary for human flourishing.

Conservatism respects every boundary and limitation set by natural law. This law tells us that the traditional family unit, with both a mother and father, is part of God’s design. We know that children and society as a whole suffer when the nuclear family falls apart.

Therefore, conservatives must first and foremost conserve the traditional family unit, which is the foundation of society, designed by God to support our well-being. It has always been the backbone of our country, and if it falls, so too will society as we know it.

Recently, many “conservatives” have spoken out in support of surrogacy and homosexuality. Even PragerU has decided to simply become a “cultural conservative,” as they have posted material implying that it’s morally acceptable to be a Christian and be openly gay. Similarly, several leading “conservatives” congratulated talk show host Dave Rubin after he announced that he and his husband were expecting two children via surrogacy.

Anyone who believes we should head full-speed down the road to same-sex marriage and artificial reproductive technology is not truly conservative. “The moral vision here is that whatever makes the modern man or woman happy and which technology makes that possible must be good. That may be the spirit of the age, but it is not the spirit of conservatism,” wrote Carl R. Trueman.

Conservatism does not sacrifice the common good for individual preferences. Therefore, it is incompatible with things like gay marriage and surrogacy, as they place the desires of adults above the needs of children and families.

These new brands of conservatism seem more concerned with tolerance than objective morality and the common good. Trueman says that gay conservatism “repudiates traditional marriage while parasitically feeding off its traditional trappings to give its revolutionary character a veneer of traditionalism and an emotionally attractive appeal.” Do not be fooled by these modern ideologies disguised as conservatism. The new “gay conservatism” or “cultural conservatism” is more akin to modern day feminism and progressivism than conservatism properly understood.

The reality is that if we aren’t conserving the family, we’re just liberals that are “going the speed limit.” Without natural law as our anchor, there is nothing stopping us from slowing morphing into progressivism, and this is exactly what is happening.

“There is no conservatism that is conservative in any sense…and has any integrity or coherence if that conservatism supposedly begins in rebelling against creation itself,” says Albert Mohler.

Conservatism requires a consistent effort to conserve what God has entrusted us with – the institution of the family being at the forefront.

This means we must be more than just anti-progressivism and critics of the left. We cannot simply be apologists for the way things are. We should demonstrate the beauty of what God created and what our Founders established. We must communicate the compassion that only a conservative approach provides, as it not only promotes human flourishing, but cares for the human soul. We should address issues with the love of Christ and value the Truth above all else. Most importantly, protecting the nuclear family and rejecting its modern redefinitions should be our first priority.

If we don’t first stand for the foundation of society which God ordained, how can we stand for anything else?