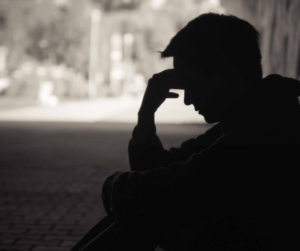 speaking out about their stories and condemning the injustice that was done to them.

One such story comes from a British man named Richie Herron who claims he was pressured to undergo a surgery that removed his genitals. He has since suffered from irreversible damage and is suing the clinic he went to for help with his gender dysphoria.

He calls the surgery “the biggest mistake of his life” and is experiencing painful complications, including incontinence, numbness and infertility. He also says that the surgery did not solve his mental distress as he was led to believe.

When he first sought help at the NHS clinic, Richie repeatedly refused suggestions that he undergo a gender surgery. In 2015 and again in 2017, he turned down a vaginoplasty.

When he refused the surgery for the second time, the clinic told him he would be discharged from the service because of his refusal to get the surgery. He believed he wouldn’t be allowed to continue getting the therapy he needed, so in 2018, he underwent the operation.

After the surgery, Richie struggled with deep regret and he is now facing a “lifetime of medical care and consequences.”

When asked what he would say to those who are questioning their gender, Herron replied that they need to spend time in nature, get off of the internet, and remind themselves of “what’s real in the world.”

He also stressed the importance of exploring the various factors that can lead to gender dysphoria, such as underlying neurological issues.

Gender transition procedures can prevent doctors from addressing the root cause of a patient’s distress. Instead of helping the patient, they only cause further harm. In fact, those who undergo gender “transition” surgeries have a 19 times higher rate of suicide. Further, 85% of children who suffer from gender dysphoria end up reidentifying with their biological sex and becoming comfortable in their bodies again.

FHA tried to stop these harmful surgeries in 2020 with HB 1057, the Vulnerable Child Protection Act. This bill would have criminalized medical treatment for gender transition in minors under sixteen, but unfortunately, it failed.

Thankfully, Sen. Tom Cotton and Rep. Jim Banks introduced legislation at the federal level that would allow detransitioners to sue the doctors who performed experimental gender “transition” procedures and body mutilating surgeries on them while they were minors. Hopefully, this bill is passed so that clinics at the very least take a more cautious approach to administering experimental treatments.

As Christians, our response to transgenderism should always be to affirm the person, but never their false belief. Society tells us that love and truth are mutually exclusive – that we can either love the person and accept their new identity or speak the truth. In reality, loving a person requires telling them the truth about how God made them. God gave each person their gender with purpose and He does not make mistakes. This reality is what every person who is suffering from gender dysphoria needs to hear.