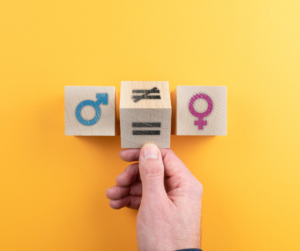 “transgender” individuals. The consequences of this proposal could be detrimental to women’s rights.

Under Title IX, schools are barred from receiving federal funding if they discriminate against any student on the basis of sex. According to an Education Department press release, Title IX of the 1972 Education Amendments would be amended so that “sex” includes “sexual orientation” and “gender identity.”

This means that any space, program, building, bathroom, locker room, or sports team that is separated by sex would be forced to accommodate biological men who believe they are women. Schools that rightfully refuse to allow biological males into women’s bathrooms could lose their federal funding.

Further, the Child & Parental Rights Campaign explains that the proposed changes to Title IX would “create a new form of ‘sex-based harassment.’ Actions like using a child’s given name and biologically accurate pronouns instead of a preferred name and pronouns may be regarded as sex-based harassment.”

SAVE, an organization which works to assure “fairness and due process on campus” explains that parents could lose their rights to protect young children from being exposed to curricula on sexual orientation, gender identity, and age-inappropriate discussions of sexuality.

The good news is that a record number of parents have taken a stand against this radical proposal. The DOE received over 184,000 public comments from parents concerned about their children’s safety and the erasure of women.

“I am…very concerned that this rule also may be used by the Department to further their political interests by promoting LGBT curriculum in public schools across the country…As students are still recovering from the aftermath of the pandemic and are falling behind in basic academics, the last thing they should face in their schools is a sexualized curriculum that serves a particular political agenda,” wrote one parent.

“For fifty years, Title IX has provided important protections and opportunities for women by prohibiting discrimination on the basis of sex,” wrote another parent. “While parents across the country are demanding the rejection of ‘woke’ policies, the Department of Education instead has chosen to hijack Title IX to force gender ideology on children without their parents’ knowledge or approval. This proposed rule is a lawless interpretation and is a complete overreach by the Department of Education.”

Please pray that these efforts to block the DOE’s radical progressive agenda are effective. Free speech, women’s sports, parental rights, bathroom and locker room privacy, and more are on the line.