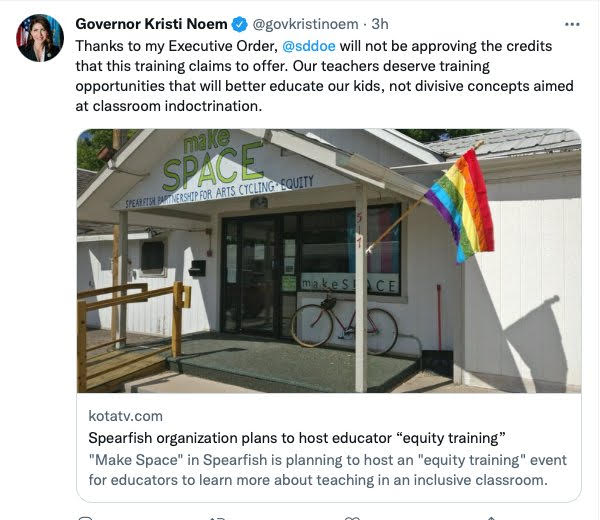 When it comes to many of our modern hot button issues such as women’s sports, gender ideology, and free speech, we are seeing that good policy is becoming good politics. These issues are highlighting the fact that not only is the primacy of policy vital, but good policy is both a means and an end.

After Disney protested Florida’s Parental Rights in Education Bill, Gov. Ron DeSantis doubled down and fought back. He signed the bill into law and continued to vouch for parent’s rights. He even condemned the company and exposed its hypocrisy.

DeSantis called his opposition from Disney and the Oscars a “badge of honor,” because he understands his role as an elected leader. He has also continued to enact vital legislation such as the Responsible Fatherhood bill, and his supporters are thanking him for it. DeSantis is paving a new way forward, making action the new litmus test.

“Those on the political left are not only becoming detached from Middle America, they are also losing their influence over politicians they once controlled. In recent years, progressive interests have used threats and intimidation to accomplish virtually all of their political goals, even in red states,” writes Joseph Backholm, senior fellow for biblical worldview and strategic engagement at the Family Research Council.

Right here in South Dakota, a Spearfish-based group announced it is planning on offering an “equity training” event this summer to train educators on “anti-bias,” “anti-racist,” and LGBTQ inclusivity topics. Governor Noem, however, reminded everyone that because of her executive order, the reach of this training will be limited.

“Thanks to my Executive Order, @sddoe will not be approving the credits that this training claims to offer. Our teachers deserve training opportunities that will better educate our kids, not divisive concepts aimed at classroom indoctrination,” Gov. Noem wrote in a tweet.

Republican lawmakers cannot get away with cowardice today as they once could. Finally, individuals are being held accountable and stepping up to put good policy into action, and they are being rewarded politically because of it.

Conservatives are no longer satisfied by rhetoric and talk. They are looking to leaders who actually walk the talk and put good policy into place instead of just complaining about the status quo without using their authority to actively address it. This is their responsibility as our elected officials, and conservatives are right to force them into action.

They are cheering for Elon Musk as he makes drastic changes to social media and fights for free speech. They are ensuring that their leaders stand up for women’s sports and protect children from radical indoctrination. These issues have become litmus tests, and politics is becoming more effective because of it.

We should continue to expect our elected leaders to act boldly and hold them accountable when they don’t.

Good policy is beginning to make good politics. This is excellent news for conservatives, especially with elections quickly approaching this fall.

Most importantly, this is good news for parents in America. It is their children who have suffered the most from cowardly leadership, and with a renewed sense of responsibility, more leaders may finally listen to parents and take action to protect their children.