Giorgia Meloni, the leader of Italy’s conservative party Brothers of Italy, recently became the first female to be elected Prime Minister of Italy, 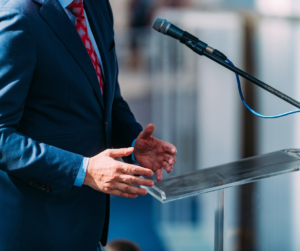 and she is standing firm for Christian values and the family unit.

Meloni is unashamed of her pro-faith and pro-family beliefs, which form the basis of her politics. She has consistently spoken out in favor of pro-family and pro-Christian values, and one of her speeches from 2019 at the World Congress of Families began making waves on social media soon after she was elected.

“I cannot define myself as Italian, Christian, woman, mother. No…  I must be… ‘gender x,’ ‘parent 1’… I must be a number…” she continued.

“We will defend God, country and family. Those things that disgust people so much. We will do it to defend our freedom, because we will never be slaves…”

The left is bemoaning Meloni’s views and politics as “far-right,” “hard-right,” or “semi-fascist,” simply because her political beliefs align with biblical teachings. YouTube even took down a version of this speech that focused on the leftist attacks on the family, God, and national identity. The platform claimed that the video “violated YouTube’s Community Guidelines.” In reality, the left-wing platform, which is known for censoring conservative viewpoints, simply didn’t agree with Meloni’s message.

Unfortunately, this kind of censorship has become the norm, but it can’t stop conservatives from boldly speaking out and following Meloni’s powerful lead.

Meloni is an excellent example of how good policy is still good politics. She has promised to offer women real help and fund “alternatives to abortion.” She is boldly speaking out for Christian values, stepping up to put good policy into action, and being rewarded politically because of it. That’s why her 2019 video that’s currently making the rounds is firing up Christians and pro-family advocates all around the world.

This is the kind of bold leadership that conservative Americans are looking for. As Joseph Backholm writes, “Those on the political left are not only becoming detached from Middle America, they are also losing their influence over politicians they once controlled.” In the U.S., Florida Gov. Ron DeSantis is a clear example of this. After Disney protested Florida’s Parental Rights in Education Bill, Gov. Ron DeSantis doubled down and fought back. He signed the bill into law and continued to vouch for parent’s rights. He even condemned the company and exposed its hypocrisy – and his popularity only continued to soar.

Here in South Dakota we remained open when nearly everyone else said we needed to shut businesses down and trample on people’s freedom. We didn’t, and now we’re seeing the result: South Dakota has a booming economy and people are moving to our state because they want to live in a place with good policy. Again, good policy is good politics.

Conservatives are tired of weak and spineless leadership that’s devoid of real action. For our rights to remain intact, our representatives must be steadfast in their goal of preserving traditional American values and refuse to cower to the woke mob. They must be bold in their speech and action. It’s what Americans crave.

Hopefully, Meloni’s victory is a sign of what’s to come in our upcoming fall election and a global return to pro-family values. We need strong Christ-centered leaders like her who aren’t afraid to stand up to the left’s radicalism and proudly support the family unit, parental rights, and the unborn.

We need to stand behind candidates who will speak the truth and send the same message that Meloni is sending to Italy: “Yes to natural families, no to the LGBT lobby, yes to sexual identity, no to gender ideology, yes to the culture of life, no to the abyss of death.”