Legalizing marijuana would be detrimental for South Dakota communities

In less than a month, South Dakota voters will make a pivotal decision for the future of our communities as they vote for or against Measure 27, which 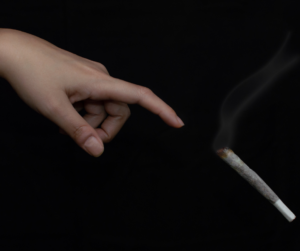 would legalize the possession, use, and distribution of marijuana for any purpose in South Dakota.

As we’ve learned from states who have already done so, legalizing marijuana would be detrimental for our families and communities.

For example, marijuana has been proven to negatively impact the safety of communities in which it has been legalized. Both Colorado and Washington states saw an increase in marijuana related highway fatalities after legalizing recreational marijuana. In Colorado, traffic deaths involving drivers who tested positive for marijuana usage more than doubled and overall usage of the drug increased 94%.

The state also saw hospitalizations due to marijuana increase 101% after legalization. Meanwhile, California has seen emergency room cases of psychosis induced by cannabis increase 54% since it legalized recreational use in 2016.

To make matters worse, Colorado has seen a major spike in its violence and criminal activity, as the crime rate increased 11 times faster than the rest of the country since legalization.

While this should be more than enough evidence to dissuade us from legalizing marijuana in South Dakota, the alarming data doesn’t end there. Recreational marijuana not only affects safety on the streets, but also at work places. The National Institute on Drug Abuse found that marijuana use in the workplace caused 55% more industrial accidents, 85% more injuries, and 75% greater absenteeism.

For several decades, the marijuana industry has run an effective campaign, convincing consumers that the drug is harmless, and even beneficial. A recent Gallup poll found that 53% of Americans believe marijuana positively impacts users. However, this could not be further from the truth. The data overwhelmingly demonstrates that users can develop severe psychoses and experience impaired mental development. Many have even ended their own lives thanks to the influence of marijuana. In fact, marijuana users are more than twice as likely to consider suicide as non-users.

While many view marijuana usage as an individual choice, the truth is that it impacts the whole community. “There are more DUIs. There are more poison control calls, because children are finding these gummies that look like candy,” said Jaime Zerbe, chief of staff for Smart Approaches to Marijuana.

Smokers also expose anyone around them to secondhand marijuana smoke, which “contains many of the same toxins and carcinogens found in directly-inhaled marijuana smoke, in similar amounts if not more,” according to the American Lung Association.

Let’s protect our communities by voting NO to Measure 27 on November 8th.