Over 40 Marijuana Bills Submitted This Year 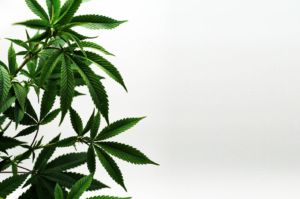 The South Dakota state legislature has been debating multiple bills related to recreational marijuana this year. There are numerous medical risks and societal threats associated with the drug, and passage of these bills would be a bad idea.

Marijuana also contains toxic carcinogens that harm not only those who smoke the substance, but also those around them. The smoke contains many of the same life-threatening toxins as tobacco. Marijuana smoke has even been proven to cause damage to the lungs, heart, and blood vessels. Legalizing the drug would mean easier access and more people being exposed to these health risks.

Further, states that have legalized recreational marijuana are experiencing its detrimental effects. Since Washington legalized the drug in 2012, the number of drivers who tested positive for marijuana use after causing a deadly accident doubled.

The state of Colorado also legalized marijuana in 2012 and has since seen a drastic increase in the number of high school students driving under the influence. As a result, fatal car crashes have doubled in the state. The adverse effects of legalizing the drug threaten to harm everyone in our state, not just those who decide to use it.

Moreover, the American Journal of Psychiatry found that marijuana users are more than twice as likely to begin using other dangerous drugs as well. This means that legalizing marijuana opens the door to the many other dangers associated with other drugs.

Over 40 bills dealing with marijuana were proposed this year. Some aimed to restrict marijuana usage while others aimed to expand its usage. There was a legislative task force that met over the summer, and the committee proposed over 20 of the 40+ bills we saw. Topics ranged from growing marijuana in your home, medicinal usage, recreational usage, edible products that are marketed to kids, how the different products can be sold, and more. As of now, the bills to establish recreational marijuana here in SD are dead, but the proponents are working to resurrect the bill before session ends.

To protect South Dakota citizens, our legislature must oppose the legalization of marijuana. We must also expose the dangerous health and safety risks associated with the drug to discourage South Dakotans from using it.

Please contact your local representatives and urge them to protect South Dakotans from the dangers of marijuana.