Parental rights are under attack, but the midterm elections and new legislation provide hope

Parental rights are under attack like never before in our country by public schools and even the government. There’s a pervading belief that children must be protected from the people who know them best and care about them most. 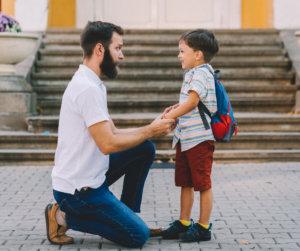 Parents are kept in the dark about not only what their children are learning, but which pronouns they are going by. Thanks to recent legislation from California, parents can even lose custody of their children if they object to a gender “transition” procedure. More and more cases of parental rights infringements emerge every day, and it’s time to fight back with legislation.

Recently, a Pennsylvania school was caught instructing teachers to hide the preferred pronouns or names of students from their parents. In an email sent to its entire staff, the school said, “If a student shares with you that they are homosexual, transgender, bisexual, or questioning…in confidence…This is not something you should report to parents.” This is just one of a series of similar recent cases. Many schools are prioritizing children’s feelings and the LGBT agenda over parents’ rights.

Further, ​​President Joe Biden’s Department of Education is attempting to radically alter the definition of “sex” in Title IX to expand the law’s protections to “transgender” individuals, which could also impact parental rights. Parents could lose their rights to protect young children from being exposed to curricula on sexual orientation, gender identity, and age-inappropriate discussions of sexuality.

Thankfully, parents are waking up to these abuses and are ready to fight back, and this year’s midterm election is the perfect opportunity to do so. Rasmussen Reports conducted a survey and found that 77% of likely voters see education as an important issue in the midterm election, and 45% said education will be “very important.”

Another nationwide poll conducted by the Parental Rights Foundation found that 83% of Americans believe that, “In general, parents have the constitutional right to make decisions for their children without government interference unless there is proof of abuse or neglect,” with 51% “strongly” agreeing.

This is encouraging news. Hopefully, parents take a stand for their rights and their children’s safety at the polls like they did in Virginia’s 2021 gubernatorial with Gov. Youngkin.

In more hopeful news, a “Parental Rights Amendment” was recently introduced in Congress by Arizona Rep. Debbie Lesko. The text of the amendment states that “The liberty of parents to direct the upbringing, education, and care of their children is a fundamental right.”

It is the right of parents alone to raise and educate their children in accordance with their beliefs and values. This right is so fundamental that it deserves explicit protection in our Constitution.

While parental rights violations continue to amass throughout the country, there is hope that voters and legislators can put an end to this dangerous trend.