Recreational marijuana is too dangerous to be legalized

During this year’s legislative session, over 40 different marijuana-related bills were introduced in the South Dakota legislature. Some aimed 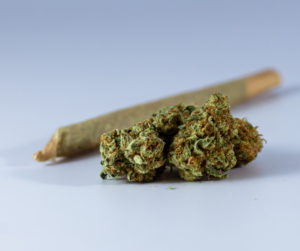 to restrict marijuana usage while others expanded it. Fortunately, the bills that would legalize recreational marijuana here in South Dakota died.

On election day last year, 54% of voters approved a ballot initiative to legalize cannabis for adults 21 and older. Thankfully, Gov. Noem led a lawsuit to strike down the law and overturned it. If this issue reaches the ballot again, we can’t be so sure that it will be repealed. Therefore, we need to educate the public about the dangers of marijuana and encourage voters to reject any initiative that aims to legalize it.

Studies also show that marijuana use can cause reduced cognitive function in teens. Teens who use marijuana regularly lose an average of 5.8 IQ points by the time they reach adulthood. It impacts a teen’s brain development even more that alcohol.

Marijuana also contains toxic carcinogens that harm not only those who smoke the substance, but also those around them. The smoke contains many of the same fatal toxins as tobacco. It has even been proven to damage to the lungs, heart, and blood vessels.

Further, states that have legalized recreational marijuana are beginning to see its detrimental effects to society as a whole. Since the state of Washington legalized the drug in 2012, the number of drivers who tested positive for marijuana use after causing a deadly crash doubled.

The state of Colorado also legalized marijuana in 2012 and has since seen a significant increase in the number of high school students driving under the influence. As a result, fatal car crashes have doubled in the state. It’s clear that legalizing the drug would pose a threat to everyone in our state, not just those who choose to use it.

Moreover, the American Journal of Psychiatry found that marijuana users are more than twice as likely to begin using other dangerous drugs as well. This means that legalizing marijuana opens the door to the many other dangers associated with other drugs.

Legalizing marijuana will lead to increased use and therefore increased risk. To protect South Dakota citizens, our legislature needs to oppose the legalization of marijuana and voters need to reject it when it appears on the ballot again. The dangerous health and safety risks associated with the drug are far too great to allow increased access.

Now, more than ever, it’s important to know which candidates oppose marijuana legalization! Research the candidates at DakotaVoter.com.