On Monday night, Politico reported that a draft of the Supreme Court’s decision in the Dobbs case had been leaked. The draft opinion, written 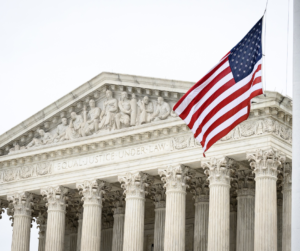 by Justice Alito, indicates that the court is poised to overturn Roe v. Wade. We should be cautiously optimistic in response to this news, recognizing that this is not the final decision and justices can change their votes. We should also be deeply concerned by this breach of trust and violation of the Court’s integrity

“We hold that Roe and Casey must be overturned. The constitution makes no reference to abortion, and no such right is implicitly protected by any constitutional provision, including the one on which the defenders of Roe and Casey now chiefly rely – the due Process Clause of the Fourteenth Amendment…Roe was egregiously wrong from the start. Its reasoning was exceptionally weak, and the decision has had damaging consequences,” reads the document, labeled the “Opinion of the Court.” “It is time to heed the Constitution and return the issue of abortion to the people’s elected representatives.”

SCOTUS BLOG claimed that “[t]he document leaked to Politico is almost certainly an authentic draft opinion by J. Alito.” However, the draft is dated February 10, 2022. Since then, the other justices have certainly made comments and offered suggestions to refine the opinion.

If this remains the Court’s position, it will constitute the greatest pro-life victory of our lifetime. In many states, abortion will be banned completely, and in others, it will be significantly restricted. In South Dakota, abortion will be illegal in most cases. The fight will not be over, however, and we will have to continue to advocate for the unborn until abortion is unthinkable.

While this is encouraging news, we cannot overlook the fact that the Supreme Court’s confidentiality has been grossly violated. This is a serious breach that damages the trust between the justices and their staff. Every effort should be made to uncover the responsible party and fire he or she immediately.

Some speculate that a pro-abortion staff member of the Court is responsible for the breach, revealing the desperation of the left. It appears that they are willing to go so far as to undermine the judicial system to keep Roe alive. They are far more concerned with advancing the religion of progressivism than respecting law and order.

As a result of the breach, the left has erupted in complete outrage. Pro-life leaders believe that this was the intention behind leaking the document, as such upheaval could pressure one of the justices to change their vote.

Please pray that our justices remain committed to the Constitution and refuse to concede to the liberal mob. Please also pray for the health and safety of the justices and their families.

With cautious optimism, we must simply wait for the Court’s final decision and celebrate when we are certain that the issue of abortion has been rightfully returned to the states.

Now, more than ever, it’s important to support candidates for office who are committed to protecting the sanctity of life! Visit DakotaVoter.com and research the candidates in your area and get involved!