In a major victory for religious liberty and parents’ rights, the U.S. Supreme Court ruled that states cannot bar parents from using 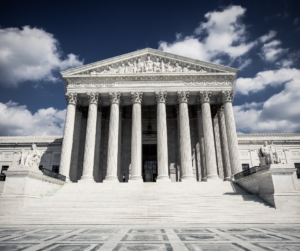 state funds to send their children to a religious school in Carson v. Makin.

Maine offers a tuition-assistance program that provides funds for parents to send their children to private secondary schools in areas where public ones do not exist. The state law, however, does not allow these funds to be used for “sectarian” schools.

Two families with children in religious schools sued the state, claiming that it has engaged in religious discrimination prohibited by the First Amendment. Two lower federal courts disagreed with the parents before the Supreme Court heard the case.

In the majority opinion, Chief Justice John Roberts wrote that “a neutral benefit program in which public funds flow to religious organizations through the independent choices of private benefit recipients does not offend the Establishment Clause.”

“Maine’s ‘nonsectarian’ requirement for its otherwise generally available tuition assistance payments violates the Free Exercise Clause of the First Amendment. Regardless of how the benefit and restriction are described, the program operates to identify and exclude otherwise eligible schools on the basis of their religious exercise,” Roberts continued.

This is excellent news for school choice and religious liberty throughout the country. The high court affirmed that religious discrimination will not be tolerated in the United States. Now, parents are free to choose the best educational option for their children without fear of government retribution.

Parents should never be prevented by the state from directing their children’s education and sending them to whichever school best suits their needs.

Every child is different, and if a parent wants to send their child to a religious school, the state should not prevent that or discriminate against them for that choice. Further, students are more likely to thrive academically with increased educational opportunities.

Justice Roberts wrote a similar opinion in Espinoza vs. Montana Department of Revenue. In a 5–4 vote, the Supreme Court ruled that a state tax credit could not “[discriminate] against religious schools and the families whose children attend or hope to attend them.”

The state of Montana had given a dollar-for-dollar tax credit to residents who donated to organizations that provide scholarships for private school students. The Montana Department of Revenue then ruled that the tax credit would violate a state law if used to fund to religious private schools. One mom who wanted to send her children to a Christian school challenged the ruling in court, and SCOTUS sided with her.

In his opinion, Chief Justice John Roberts claimed that Montana’s decision to discriminate against religious schools lacked a “compelling government interest” to do so. Again, this is excellent news for religious liberty and school choice.

In multiple cases, the Court has been clear about parents’ rights when it comes to education and the rights of religious institutions.

These rulings are a step in the right direction for school choice and parents’ rights in education, but there is still more work to be done.

We need universal choice in South Dakota. Incomes and zip codes should not determine who gets to take advantage of educational options.