During this year’s fall election, voters will decide on a ballot initiative called Measure 27, which would legalize the possession, use, 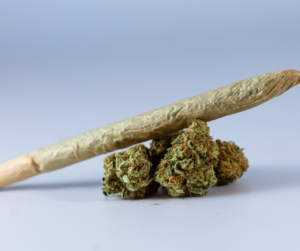 and distribution of marijuana for any purpose in South Dakota. Family Heritage Alliance is urging voters to vote NO, as there are numerous dangers associated with the drug that pose threats to individuals, families, and our state.

First, marijuana contains a mind-altering chemical known as delta-9-tetrahydrocannabinol or “THC,” and the concentration of this chemical is on the rise. The marijuana of the 60’s was around 3% THC. Today’s marijuana is often 23% or higher. Marijuana by-products have achieved THC levels of 99%. According to the Substance Abuse and Mental Health Services Administration (SAMHSA), “The higher the THC amount, the stronger the effects on the brain—likely contributing to increased rates of marijuana-related emergency room visits.”

In addition to THC, marijuana contains toxic, life-threatening carcinogens that harm not only those who smoke the substance, but anyone who breathes in that smoke. This smoke has even been proven to cause damage to the lungs, heart, and blood vessels.

Further, use of the drug among adolescents has been linked to increased depression, suicide and psychosis. Since marijuana was legalized in Colorado, usage among children aged twelve and older has increased by 26%, which is 61% higher than the national average. It is the number one drug linked with child abuse and death, and it is detrimental to an adolescent’s brain development.

Marijuana is not only dangerous to those who use the drug, but also to the community at large. According to the National Institute on Drug Abuse, “Marijuana may impair judgment, motor coordination, and reaction time, and studies have found a direct relationship between blood THC concentration and impaired driving ability. Marijuana is the illicit drug most frequently found in the blood of drivers who have been involved in vehicle crashes, including fatal ones.” The social cost of permitting widespread marijuana use is far too great.

Over 40 bills dealing with marijuana were proposed this year, but it’s clear: South Dakotans do not want legalized marijuana. A recent statewide poll confirmed this. Plus, just this week, Meade county voted 2 to 1 against marijuana expansion. But we need to keep up the pressure.

As Christians, our job is to care for the common good by sharing the truth about this drug and preventing it from hindering the ability of our neighbors to live healthy and fulfilling lives.

Legalizing marijuana in South Dakota would likely lead to increased use and a rise in the adverse consequences associated with it. Let’s keep our communities safe and healthy by voting NO to Measure 27 on November 8th.

Join us for our Up In Smoke Events in Rapid City and Sioux Falls to learn more about the harm marijuana would bring to our families and communities.

“We cannot speak of the ‘freedom to take drugs’ or the ‘right to drugs,’ for the human being has no right to harm himself and neither can nor should ever abdicate the personal dignity which comes to him from God!” -Pope St. John Paul II