The left is finally admitting that abortion ends the life of a child, yet they are still in favor of it. 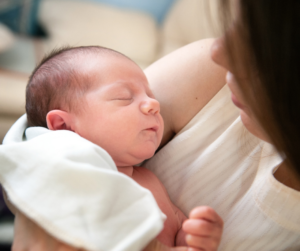 President Joe Biden threatened to combat the potential overturning of Roe v. Wade with his executive authority following the Dobbs leak. Then, just one day later, he admitted that abortion is murder.

“The idea that we’re going to make a judgment that is going to say that no one can make the judgment to choose to abort a child, based on a decision by the Supreme Court, I think goes way overboard,” Biden said.

Our president clearly understands that abortion involves more than just the mother, but this didn’t stop him from doubling down and calling the move to return power over abortion laws back to the states “radical.”

Biden isn’t the only leftist who has made this damning admission. Whoopi Goldberg of The View also acknowledged that abortion involves a child. “My doctor and myself, and my child, that’s who makes the decision,” said Goldberg. Clearly, Goldberg does not recognize the harsh reality that her child is only affected by the decision, because if he or she could speak, we are sure they would choose life.

In yet another deeply concerning case, pro-abortion protestors yelled “kill those f-cking babies” at the Supreme Court this week.

Whether they are simply forgetting to use their “newspeak” or are just now realizing that the unborn are human, it’s clear that they know exactly what abortion entails.

It seems now that the difference between pro-lifers and pro-choicers is no longer the belief that abortion ends a human life, but the belief that murder of an innocent child is always wrong. It is not just a political difference, but a theological one.

The left argues that the desires of a mother surmount the rights of the unborn, simply because children in the womb are a convenient group of people to ignore.

This is what happens when we remove God, the only source of objective truth and morality, from the conversation. When morality is based on feelings that ebb and flow with the times, murder, and anything else, are capable of becoming socially acceptable.

A recent California bill even legalizes infanticide. The left no longer cares whether the child is still in the womb or not. According to them, the mother’s desires are more important regardless if the child has already been born.

The task at hand now is to convince pro-choicers that it is always wrong to kill a child – period.

We are headed down a slippery slope, and the only way to keep our country from succumbing completely to nihilism and moral relativism is to bring God back to the public sphere.