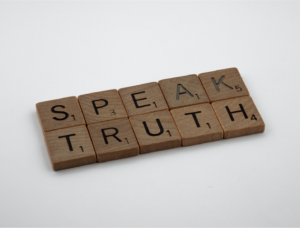 Swimmer Lia Thomas, a biological male, competed at the NCAA championships against women. He took first place in the 500 free event and the Thursday morning qualifier, beating the second-place competitor by almost three seconds, a larger gap than the time difference between the second and eleventh place finishers.

While competing against men, Thomas was ranked number 462. Now, he is ranked number one among women nationally. He has broken several records and stolen titles and opportunities from deserving women all because he claims to be one.

The woke athletic culture made a decision based on ideology rather than reality. The reality is that no one gets to choose their gender and there is no way to negate the physical advantages that men possess since they begin developing in the womb.

“Male bodies have 10-30 percent greater muscle strength, greater bone density, better oxygen efficiency, larger heart and lungs, more efficient pelvic Q-angle and elbow angles, as well as 10 percent more overall body mass,” according to Ross Tucker of the Science of Sport podcast. We know this to be objectively true, yet the left wants us to reject it.

“The party told you to reject the evidence of your eyes and ears. It was their final, most essential command,” wrote George Orwell. Our country’s leaders in medicine, sports, and government are telling us to ignore science and biology, reject God’s design, and blindly pledge our allegiance to “progress.”

Truth does not mind being questioned. A lie, however, does not like to be challenged. As we know, the left prefers to silence dissenting viewpoints rather than welcome debate. This is because their “truth” is not truth at all. It is based on ideology and subjective opinion.

This gender ideology movement began ten years ago when the progressive mob was fiercely clamoring for the legalization of same-sex marriage. They claimed the fight was simply about the freedom to “be who you are.” Ultimately, they changed the culture and led to the public to embrace the lie that living “authentically” as yourself was the greatest achievement and that men and women are not significantly different. Now, we are experiencing the consequences of these lies.

Until we abide by nature and God’s design, the consequences of living in lies will only worsen.  “Unless Thomas’ teammates and everyone else who enabled the status quo reevaluates what we’ve been doing for the last decade, they will long for the day when their greatest concern was men on their swim team,” writes Joseph Backholm of the Family Research Council.

This is why we need to be bold in speaking the truth. Our stand for truth has real-world consequences and could save others from needlessly suffering.

Our country and freedoms can only flourish if policy decisions are based on objective truth, grounded in natural law. By nature, men and women are vastly different and were never intended to compete against each other. We respect and honor those differences through traditional marriage between a man and women and by separating men and women’s sports.

Please pray that our country recognizes and rejects the lies from the left and returns to objective truth.