Last week, the House of Representatives passed a bill deceptively called the Respect for Marriage Act in a 267-157 vote. The bill isn’t about marriage 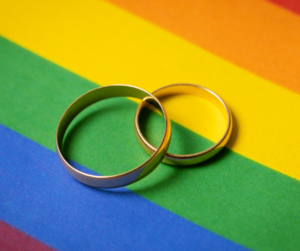 or respect at all, but about imposing a radical view of marriage and sexuality.

The bill comes in response to Justice Clarence Thomas’ opinion in the Dobbs case. Thomas noted that Obergefell, the SCOTUS case that legalized same-sex marriage, should be reconsidered. “In future cases, we should reconsider all of this Court’s substantive due process precedents, including Griswold, Lawrence, and Obergefell,” Thomas wrote. “Because any substantive due process decision is ‘demonstrably erroneous,’ […] we have a duty to ‘correct the error’ established in those precedents.”

If the Respect for Marriage Act is passed by the Senate, states would no longer be able to define and recognize marriage as a legal union between one man and one woman. They would be forced to recognize same-sex marriage, distorting God’s design and redefining marriage as nothing more than abstract adult desires.

The bill also authorizes activist groups to take legal action against religious individuals, organizations, and businesses that operate in accordance with their sincerely held religious belief that marriage is between one man and one woman.

The bill undermines two vital pillars of society: the nuclear family and religious liberty. It would also strip children of their most basic right to a father and mother.

Thankfully, 80 national and state leaders, including Family Heritage Alliance, have signed a letter calling on US Senate Minority Leader Mitch McConnell to back down from his support for the so-called Respect for Marriage Act. The letter calls the bill “a startling expansion of what marriage means—and who may be sued if they disagree—that threatens the freedom of numerous ‘decent and honorable’ Americans of
different faiths, creeds, and walks of life who wish to live consistent with their deeply-held beliefs.”

American families are struggling, and communities are crumbling, but our leaders are focusing their efforts on a dangerous political stunt that would empower the federal government to discriminate against those who hold honorable and reasonable beliefs about marriage. This bill equips the government to violate the constitutional freedoms of Americans to speak and live according to their deeply held beliefs.

Instead of tearing down an institution proven to strengthen societies, help children thrive, and promote human flourishing, Congress should respect the conscience rights of Americans who embrace God’s design for marriage and families.

Please pray for the defeat of this radical bill.