Until October of this year, “woman” was defined as “An adult female human being.” Science still tells us what we have known since the creation of Adam 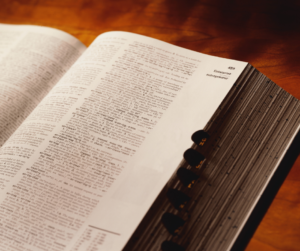 and Eve – there are only two sexes and they each have immutable physical and mental differences. What has changed is that the left continues to corrode fundamental truths. Now, Cambridge dictionary is contradicting basic biology with its latest addition to the definition of the words “woman” and “man.”

This logic leads to a slippery slope of questions, such as what other human characteristics can change based on one’s feelings? Dictionaries are meant to provide clarity and accuracy, but with this new definition, Cambridge is simply espousing illogical woke propaganda.

The Washington Post claims that Cambridge updated the definitions of “woman” and “man” “to include transgender people,” which is completely nonsensical. It hasn’t just made the terms more “inclusive;” Cambridge has completely changed the meaning of the words, while science and basic biology remain the same.

Changing these definitions is more than a matter of semantics. It has real-world consequences. Female athletes are losing hard-earned awards and opportunities to gender-confused men. Women are even losing their privacy rights and being forced to share locker rooms with men, all in the name of “inclusivity.”

The new definitions also affirm an ideology that is leading physicians to mutilate children’s bodies and administer harmful, life-altering puberty blockers and cross-sex hormones. Gender is not something that can be changed with medical intervention, and while the mainstream media ignores them, many detransitioners are speaking out against the abusive nature of gender “transition” procedures.

In “Politics and the English Language,” George Orwell notes that “[The English language] becomes ugly and inaccurate because our thoughts are foolish, but the slovenliness of our language makes it easier for us to have foolish thoughts… if thought corrupts language, language can also corrupt thought.” This is exactly what altering definitions in a dictionary will lead to- the corruption of thought.

In a misguided and foolish attempt to be “inclusive,” the Cambridge dictionary has allowed radical gender ideologues to avoid debates in which their ideology fails miserably against truth and reason. Instead, they’ve simply forced their reckless and delusional worldview onto the masses.

Our job as Christians is to refuse to give in. We must continue to speak the truth in love. Gender is not something to be chosen. Rather, it is an intentional gift from God, and each of us has a duty to embrace and honor that gift.