This election is a spiritual battle, and the church needs to step up

Politics is a spiritual business. Government was created by God, and it involves morality and seeking truth. It also has the power to impact the everyday 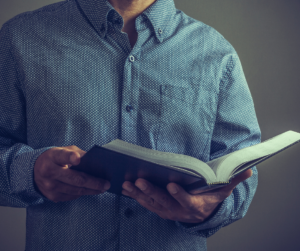 lives of millions of people. It even involves matters of life and death of some. Because of this, the devil is constantly trying to influence our politics, especially during an election. With the midterm elections just one day away, we are in the midst of intense spiritual warfare.

“It was Lucifer’s attempt to displace Christ from the Throne of Heaven that got him expelled (Isaiah 14:12). Lucifer is still seeking thrones for himself, and weak, spiritually naïve human beings seeking power easily become instruments of his quest,” writes Wallace B. Henley of the Christian Post.

God’s purpose for government becomes distorted when positions of power fall into the hands of men and women who only answer to the god of self. This is exactly what has happened in our country.

As Christians, our job in this battle is to pray unceasingly and honor God with our vote. God cares deeply about the outcome of our elections because policy impacts His people. Unless our vote and our future are grounded in transcendent truth, cultural demise is inevitable.

Further, in order to fight the evil threatening to steal our children’s innocence, destroy the family unit, and remove our God-given rights, we need churches and pastors to directly address the political issues that the Bible takes a clear stance on—in particular, abortion, marriage, and human sexuality.

Pro-abortion advocates and government leaders are working to ensure a future of abortion on-demand through all nine months of pregnancy by spreading misinformation and abusing God’s word. Unfortunately, many Christians fail to recognize abortion and sexual perversion as the grave offenses against God that they are, and the left is taking advantage of that.

For example, Vice President Kamala Harris and House Speaker Nancy Pelosi erroneously claim that the abortion and gay marriage are consistent with Christian teaching, while California Governor Gavin Newsom is using Bible verses to coax women from across the country to California to receive abortions. These are malicious attempts to mislead Christians who do not properly understand God’s word.

Unfortunately, churchgoers are responsible for over one third of first-time abortions, meaning churches have done a poor job proclaiming God’s word about the value and dignity of the unborn. Further, many churchgoers fail to recognize God’s design and the primacy of the nuclear family, as they support gay marriage. God is abundantly clear about these issues in the Bible, and there is no excuse for Christians to contradict his teachings, especially with their vote.

The church needs to step up and set the record straight on these issues. Pastors can no longer afford to ignore these biblical issues that have been politicized, as the left shows no signs of slowing down in their crusade against children’s rights, the family unit, religious liberty, and more.

This does not mean that churches should become political power houses. They should simply make sure God’s people are informed so they can vote and engage with the government in a way that honors God and protects our ability to live as He has called us to.

Most importantly, we must pray for this election. Our real adversary is the forces of darkness who are influencing the radical leftist elites, and our greatest weapon is prayer. Pray that the right leaders are elected and that they firmly stand against the left’s radical proposals while leading our country toward virtue and Truth.

We have an opportunity to fight evil and act as God’s hands and feet with our involvement tomorrow- let’s not waste it. Research the candidates and cast a vote for faith, family, and freedom.